We lost Laura Renee Mock on 3/22/17. She was 32 years old. She had been in sober living and clean for over a year. Her DOB is 1/29/85. She was getting ready to leave sober living and start fresh. She held a good job during the year she was sober. For reasons we will never know for sure, she obtained heroin one night which would be her last. It contained fentanyl. I found her in my bathroom slumped over sink, turning blue. I tried my best to save her as well did the paramedics. She was taken to hospital with a heart pump. I knew it wasn’t good. I was devastated. She was pronounced brain dead. We had to let her go. If anyone reading this is an addict, I urge you to get help before you take your final and last dose of that evil. She was a mother to two beautiful girls ages 6 and 10. Their world was crushed. So hard to tell them. She had a beautiful smile and laugh. Everyone said she was one of a kind. She had many addicts at her funeral whom she had helped along the way, but she wasn’t able to save her self.​

Love and prayers to you all. Thank you for listening to my story. Kim Orcutt. Mother of Laura. 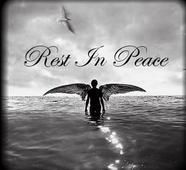 6/12/90 - 4/24/14
Allen Fletcher, 23 year's old, a great student, athlete and friend to everyone he met. Always ready to help anyone who needed it. He struggled for two or more years with pain killers then turned to heroin .It took him on a downward spiral until, on April 24,2014, he overdosed from a deadly dose of fentanyl. He left behind a handsome son and an entire lifetime of memories.

We love you Allen!

​Jonathan Paul liked to be around family and enjoyed family get togethers.  He liked to play cards, dominoes and board games, especially chess.  He liked to laugh and make others laugh. He liked to clown around while others seriously posed for pictures.  He took to the sport of skiing easily and was also a strong swimmer.  As a namesake from Scripture, he regarded friendship as a virtue and was loyal to his friends. He respected his Aunts and Uncles and he loved his three sisters.  He ran cross country in high school.  He was artistic, a craftsman, who designed and created custom jewelry, He had a beautiful singing voice but few knew of it. We are very happy for the wonderful years we had with him.  He was raised in the Church and remained a true believer. Recently prior to his passing he answered a call to openly acknowledge his faith.  For this we are thankful.  Our world was made better because of him and the beautiful person he was.
"When a poor person dies of hunger, it has not happened because God did not take care of him or her. It has happened because neither you nor I wanted to give that person what he or she needed." Mother Teresa~

This page is dedicated to those loved ones who lost their battle with addiction.

They will always be loved.  They will never be forgotten.

We don't want this page to grow, but sadly, we know it will.  If you have a loved one you would like remembered on our page, please click the contact link above and tell us about them.

We are all in this together.

Kevin Allen Mitchell
Kevin was always a "caregiver" since he was a little kid. Whether rescuing baby snakes from the backyard or a fallen baby bird, he always had an empathetic heart. He looked plenty rough and tough on the outside, but that was a layer of protection he wore. When his Dad died Kevin had a very difficult time. He had just bought a house down the street from us and we looked forward to spending time with him; cook outs, fishing trips, etc. I also had a very difficult time. One day Kevin looked into my eyes and said " I won't give up if you don't give up." We struck a deal. Kevin took care of me in a big way, making sure I got out of the house and was taking care of myself.  As he matured, he was always helping someone out, even figuring out ways to allow a homeless man to feel the pride of earning some cigarettes by watching his bike, then giving him some cash when he returned. A heart of gold, people said. When his best childhood friend became addicted to heroin Kevin would invite his family to dinner, just to make sure the kids had eaten. Years later, this same friend came to his house to ask for his help. The kids had been taken away. This was the last resort. He wanted to be detoxed so he and his girlfriend would be accepted into rehab. Kevin stuck with them through the next few rough days and got them into rehab. One by one, he watched many school pals succumb to the drug, eventually numbering somewhere near 25, most dead now. A few weeks before his death, Kevin got a call from a prison in Maine. He knew it was his old best friend. He did not take the call." In early Feb 2016, Kevin was diagnosed with bipolar disoder and was seeking treatment. Unfortunately, he was not as caring about himself as he was with others."  He fell into a deeper depression, finally taking his own life on Feb 23, 2016. I'm not sure how deeply Kevin was involved with Harleys Against Heroin, but I know he attended some events. And he spoke with pride that his biker brothers were trying to fight the use of this deadly drug. When asked if there was a charity to donate to in his memory I knew who he would want it to go to Harleys Against Heroin.

I pray that it helps someone.

In Loving Memory – Angie Fontaine
02/28/76 – 09/16/15
My mother passed away on September 16, 2015 from this terrible disease called heroin addiction.  She passed right before my 18th birthday.  She was a mother to myself as well as my sister who is a recovering addict.  She was a grandmother to two grandchildren. When my mom found out my sister was pregnant she was so excited…unfortunately she never got to meet her new grand-baby.  She was outgoing and had a ton of friends.  Her death has completely ruined our family.  My mom lost her battle. She wanted to fight it.  She wanted to get through it because she dearly loved me and my sister.  She would do anything for us and always made sure we had what we needed.  I could go to her for anything and she would be right there by my side. She was my mom and my best friend.  I will forever miss her and never want her memory to fade.
Hannah Bailey 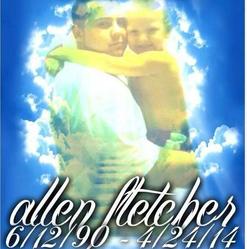